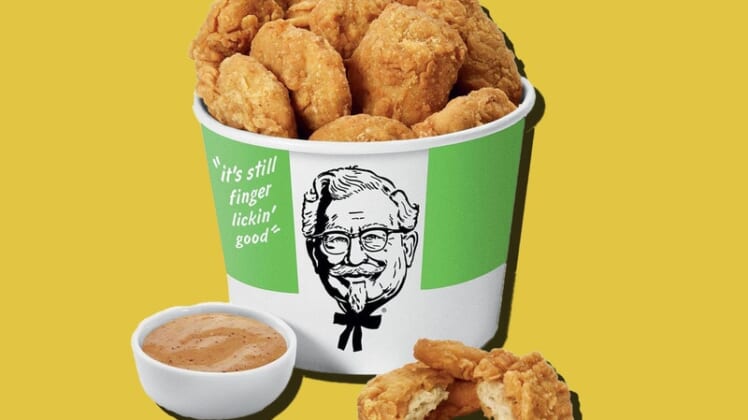 The year 2019 may go down in history as the Year of the Great Poultry Wars.

And now Kentucky Fried Chicken is jumping into the fray – announcing a new plant-based chicken prototype. They plan to test market the fake fried chicken sandwich at a store in Smyrna, Georgia.

They are also testing fried plant-food based nuggets and boneless wings – which really aren’t wings because lawn clippings don’t have wings.

I’m not sure who thought it was a good idea to serve fake fried chicken below the Mason-Dixon line — but I don’t see this ending well for the folks who run KFC.

Somebody’s been smoking those eleven herbs and spices.