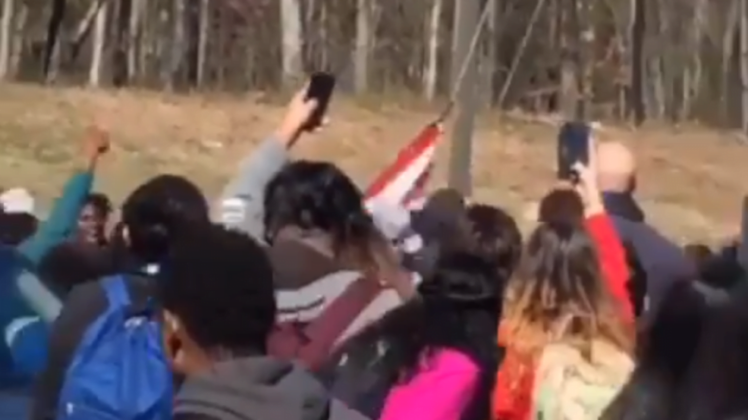 Teenagers who tear down American flags and jump on police cars will go to jail in Nashville, Tennessee.

The walkout was supposed to be a protest over gun violence in the aftermath of the Florida school shooting. But it turned into a nationwide free-for-all.

In Chicago as many as 60 students trashed a Walmart — knocking over product displays, breaking package and stealing candy.

Alderman Howard Brookins was disgusted by the behavior of the rampaging teen mob.

“We’ve worked too hard to try to get these national retailers here in our community. And this doesn’t help us. It makes no sense to tear up the community which you call home,” he told Fox 32.

Video footage from Nashville showed teens jumping on top of a patrol car and tearing down an American flag.

“Unfortunately, some students on our Antioch campus today chose to protest in ways that significantly disrupted school operations and threatened the safety and order for other students and staff within our school,” the school district said in a statement.

“We understand that our students may be feeling lots of emotions, including anxiety, fear and even anger about today’s events. We encourage parents to talk to your child(ren) about how they may be feeling, and the importance of expressing themselves in appropriate ways while at school,” the district stated.

And just in case youngsters need a primer on proper ways to express themselves during a protest — it’s not okay to pillage a Walmart and it’s never okay to trample Old Glory. Ever.