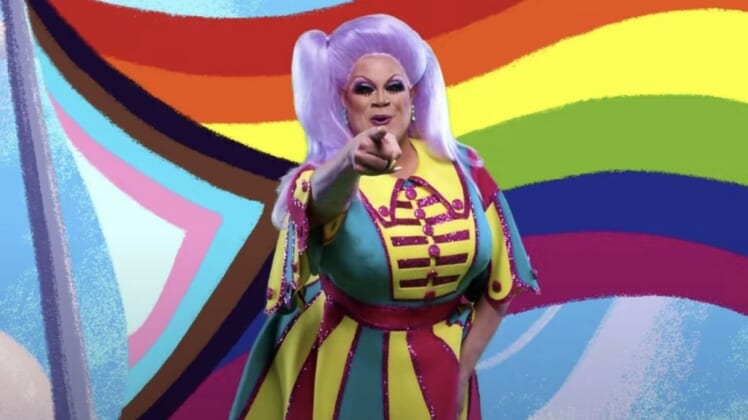 Nickelodeon is under fire for using a drag queen in a controversial Gay Pride video targeting young children.

The “Pride Song” sing-along features Nina West, a man who dresses like a woman, teaching kids about “the meaning of the rainbow Pride flag.”

The “No. 1 entertainment brand for kids” channel promoted the pro-gay propaganda over the weekend: “June is Pride Month, so let’s celebrate by lifting up voices in the LGBTQIA+ community!”

“Nickelodeon wants your child,” the Todd Starnes Show host said, along with an image of the drag queen.

“If you don’t see the clear agenda to pervert & destroy the innocence of your children, it’s time to WAKE UP!” Feucht wrote on Instagram.

And Seth Dillon, the CEO of Babylon Bee, is calling on his followers to shame Nickelodeon.

“Tell @Nickelodeon what you think about this,” he wrote. “Tag them. DM them. Shame them. Bring back shame.”