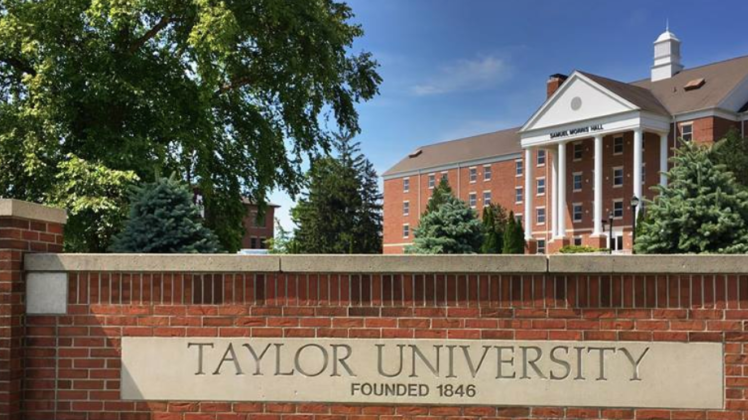 Cancel culture has reached the campuses of Christian universities.

Taylor University fired a tenured professor of philosophy and religion over a YouTube post that featured an original song that considered the notion of original sin and how there could be a “Little Hitler” living inside each one of us.

Apparently, the “conservative” Christian university has been overrun by the cancel culture mob.

James Spiegel, the professor, told the Echo, the school’s student newspaper, that he was let go after posting an original song on YouTube called “Little Hitler.”

One of the lyrics of the song goes, “We’re appalled at injustice and oppression and every atrocity that makes the nightly news, but just give it a thought: If you knew you’d never get caught, you’d be thieving and raping and murdering.”

He told Todd Starnes, the host of the “Todd Starnes Show” on Tuesday that the inspiration song occurred in the late 1990s during a trip to Colorado Springs. He said he came across an “old hippie” who was singing “saccharine, sweet and positive” folk songs.

He said he remembered thinking, “That guy doesn’t believe in original sin.”

He said he went rafting later that day and the chorus dawned on him.

The professor said he wrote the song and it has a history. He said he played it for students on campus in 2010 and faculty and there was never a complaint. He told Todd Starnes, the host of the program, that he recently posted some of his songs to YouTube. He said that the song touches on main theological points, with a humorous side.

But within 36 hours of posting the song, he said he was contacted by the school’s provost who asked him to take the video down because it could be offensive. He said he refused the request out of his respect for faculty tenure, the importance of free expression and academic freedom.

NYC RESTAURANT OWNER SUES: YOU CAN EAT INDOORS 500 FEET FROM MY ESTABLISHMENT

The professor said within two business days, he was terminated. The gist of his termination was based on the current divisive climate in the country, he said.

Administrators even said the lyrics could be perceived as anti-Semitic, even though he said he is presenting Hitler as the personification of evil.

Starnes said he questions the school’s motives in his firing. He pointed to an anonymous newsletter in 2018 that criticized the school of becoming too liberal. He also opposed a Starbucks coffee shop near the school, based on its social leanings.

Spiegel said he will always love the school and believe in its mission. But he is also concerned about his reputation. He said he has a son at the school and another who will soon study there and he is “happy about that.”

“That doesn’t mean Taylor doesn’t have its issues to deal with,” he said.