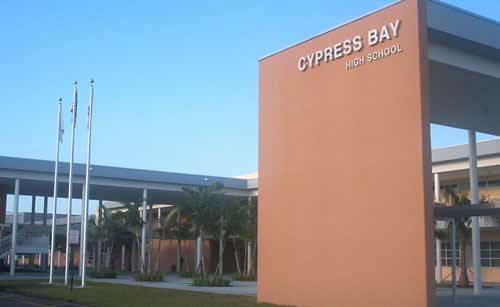 A Florida school district is investigating a teacher who allegedly rebuked a black student for being a supporter of President Trump.

The parents of the ninth grader at Cypress Bay High School reached out to The Todd Starnes Radio Show with their concerns and provided a letter detailing their claims.

I have agreed not to identify the teacher or the young man because his father is an active duty member of the military.

On Sept. 25 the student noticed that his math teacher stayed seated during the recitation of the Pledge of Allegiance. Afterwards, he asked the teacher why she did not stand.

“Her response was something to the likes of, ‘Our country is in a mess…because of our president,’” the parent wrote in a letter to the school district.

When the teacher discovered that the young man was a Trump supporter, she seemed dumbfounded.

“(She) said, ‘You’re African-American, how can you possibly like Donald Trump,’” the parent wrote.

On a side note — oh how I wish my friends Diamond and Silk had been inside that classroom!

The boy responded by telling the teacher he did not identify as African American. His father is Norwegian and black and his mother is white.

“We have raised our son to not see the world in color,” the parent wrote. “I cannot trust his education, the influence of his mind, his access to knowledge to be in the hands of someone with such racist intent.”

The child’s parents accused the school teacher of racial intolerance and trying to push a political agenda in the classroom.

“The classroom should not be her political platform,” she said.

“Broward County Public Schools supports inclusive and diverse learning environments,” the spokesperson said. “Upon becoming aware of the allegations, the school immediately initiated an investigation, which is open and ongoing. The school’s leadership remains in communication with the family involved. Due to the ongoing investigation, we are not able to provide additional information.”

Meanwhile, the parents have a few questions for the veteran math teacher:

Why does she not honor the United States flag and stand during the pledge?

The teacher’s classroom behavior sent a very disturbing message to that young patriot.

“Our family is proud and we celebrate freedom,” the parent wrote. “With an immense love of country and beautiful blended family, it has never mattered what color we are.”

Martin Luther King Junior dreamed of a society where children would not be judged by the color of their skin. Sadly, it appears that dream has yet to be realized at Cypress Bay High School.