If a City Refuses to Enforce the Law, They Lose Federal Funding – Justice Dept. 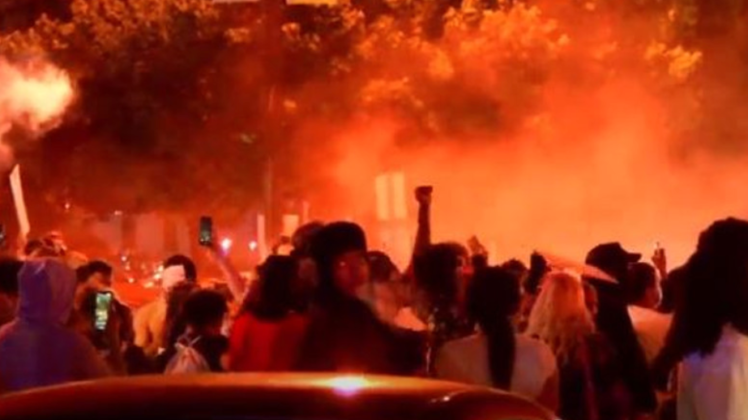 The Justice Department said Monday that New York City is one of three places that was designated as an “anarchist jurisdiction” due to its failure to clamp down on violence and destruction of property over the past few months.

NBC New York reported that the department justified its decision by citing the city’s recent uptick in shootings and cuts to the NYPD’s overall budget. Reports indicate that the designation targets federal funding for the city.

Attorney General William Barr said in a statement on Monday that his department cannot sit idly by as “federal tax dollars” are wasted and when the “safety of the citizenry hangs in the balance.

The statement pointed out that the New York City Council announced a $1 billion cut to the police force while shootings reports were skyrocketing.

“It is my hope that the cities identified by the Department of Justice today will reverse course and become serious about performing the basic function of government and start protecting their own citizens,” the department’s statement read.

The move sparked swift criticism in New York and the threat of a lawsuit from Letitia James, the anti-Trump New York attorney general. James said President Trump “is trying to distract the American people from his failures as a leader and is using the last few months of his presidency to sow more chaos, more hatred, and more fear.”

The New York Post reported that through the end of August, the city has seen a 33.6 percent increase in murders and nearly 90 percent jump in shootings. Manhattan alone has seen 52 killings and 135 shootings. Murders are up in Brooklyn by 72 percent.

The DOJ also listed Portland, Ore., and Seattle on the list of cities that have failed to take control of violence within their jurisdictions. Both cities have seen massive waves of violent protests in the wake of George Floyd’s death in police custody last May.

Trump has been a vocal critic of these cities and their Democratic leadership that he said allows these anarchists to destroy property and intimidate residents.