WH Press Corps Tried to Destroy Sarah Sanders, But She Got the Last Laugh 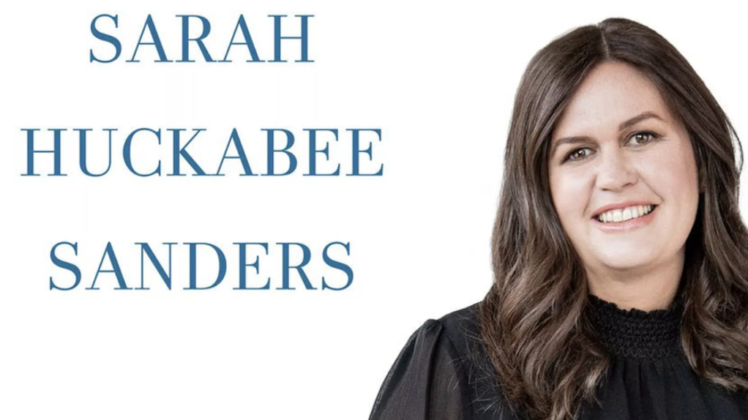 Sarah Huckabee Sanders, the former White House Press secretary, recalled some of her famous clashes with the mainstream media on the “Todd Starnes Show” Friday and a touching moment that she had with President Trump as they made their way to a bilateral meeting in Japan.

Todd Starnes, the host of the radio program, mentioned her tense relationship with the gotcha media. She was attacked on every possible level and it was unrelenting. She once even posted a picture of a homemade pie that was questioned by some in the media as looking too good to be true.

April Ryan, a professional Trump-hater on CNN analyst April Ryan’s was particularly uncharitable and even called out as “especially strident” in the Washington Post.

“Show it to us on a table,” she said, indicating that the image was lifted from somewhere.

Starnes said Ryan should know that you never question a southern woman’s pie because it is “bad form.”

Huckabee Sanders agreed and said, “It’s amazing that nothing was off-limits to the liberal media and the liberal mob. Whether it was my pie-making ability, my makeup or even my fitness to be a parent… everything was on the table for them to attack and they rarely held back.”

Starnes said that anyone who supports President Trump is a target for the media, but he said he noticed a special grudge toward Huckabee Sanders. He asked her if Trump ever encouraged her during her time in the White House.

She mentioned a visit to Japan that she described as “pivotal.” The Los Angeles Times had a story out about her and she was under a lot of pressure. She remembered walking with Trump into a bilateral meeting with Japan’s Prime Minister Shinźo Abe.

“The president had so many more things that should have been on his mind that he had to be prepared for. But we stopped and he turned me to him and looked me straight in the eye and said, ‘Sarah, you’re smart, you’re beautiful and the only reason they attack you is because you’re good at what you do.’”

But she said that she grew during her time at the White House and she developed a deeper faith, perhaps more resiliency in the face of adversity. She said that she even discovered the things in her life that truly mattered.

Starnes gave Huckabee Sanders credit for standing up to the mainstream media on a daily basis during her time as the White House press secretary. She recently wrote a book about her time in the administration called, “Speaking For Myself.”

There has been a never-ending cascade of books about Trump’s White House, but Huckabee Sanders said none have managed to accurately portray the man she worked with for over two years.

“I wanted the people to see the president that I got to know and really try to put that into this book,” she said. She said the book touches on some light moments and some serious ones,  but she said she hopes that readers get inspired once they’ve finished.