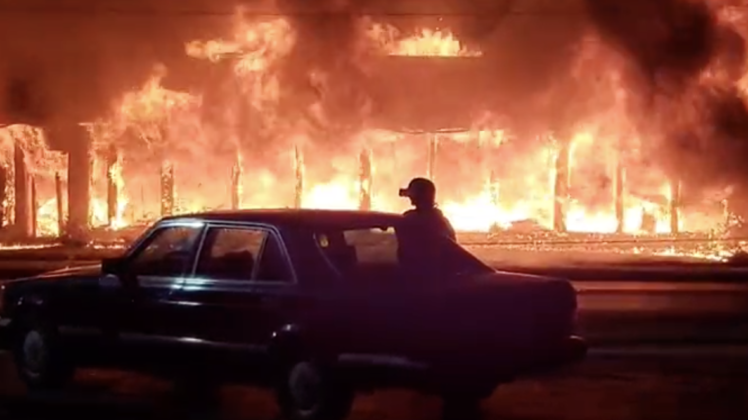 U.S. Attorney General William Barr held a conference call with prosecutors last week and reportedly told them to bring federal charges when possible against violent protesters and also consider charging them with sedition when warranted.

The Wall Street Journal reported that if prosecutors seek to charge individuals with trying to overthrow the U.S. government, they would have to prove that there was a conspiracy to attack government agents, which can be very challenging to prove in court. Legal experts told the paper that anti-government rhetoric alone would likely not be sufficient.

Liberal commentators jumped on Barr and, once again, tried to describe him as a henchman for President Trump. Rachel “Russia Collusion” Maddow tweeted, “The attorney general has gone off the deep end. This is nuts.”

Barr and the Trump administration have been critical of Democrats and their nonresponse to these violent protests that have broken out in cities across the U.S. Joe Biden, who has said just enough against the violence to try to keep moderate Dems in play, has tried to say the violence taking place in these cities is occurring under Trump’s watch.

So Democrats have tried to take the comfortable position of blaming Trump for the protests while criticizing every step that he has taken to stop them, from deploying federal agents to his tough rhetoric.

Barr reportedly warned prosecutors that the protests could get more heated prior to the November election. The Justice Department did not comment for the report.

The seditious conspiracy statue is in place to charge anyone who conspires to violently overthrow the authority of the U.S. government. Law and Crime, the legal news website, defined the law.

The website said “a plain reading” indicated that anyone who attacks a federal law enforcement agent or overtake a federal courthouse could theoretically be charged.