‘If We as Christians Don’t Ask For God’s Help, He May Just Let this Country Fail’ – Franklin Graham 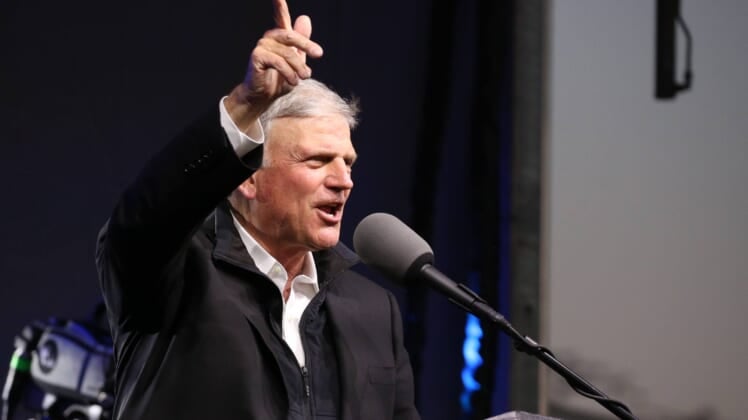 Franklin Graham, the president and CEO of Samaritan’s Purse, told the “Todd Starnes Show” on Tuesday that the Prayer March that is scheduled for Saturday in Washington, D.C., will focus on the upcoming election and that God will “just shut the mouths” of leftists hell-bent on turning the country socialist.

Graham told Todd Starnes, the host of the program, that the election is this the most critical one of his lifetime.

Starnes pointed out that, historically, church leaders and the faithful do not fare well under socialist regimes. Graham agreed and pointed to Eastern Europe where churches were closed, pastors imprisoned and priests killed. Graham said he is most surprised by how there seems to be so much support for the movement in the U.S.

GET TODD STARNES’ NEW BOOK: ‘CULTURE JIHAD: HOW TO STOP THE LEFT FROM KILLING A NATION’

“I’m just concerned that the people in this country don’t realize that the left, the socialists, want this country to look like Cuba… like Venezuela,” he said.

Graham said the focus of the march is to pray for the nation and all those in leadership roles, both Republicans and Democrats. The march is set to begin at the Lincoln Memorial an end at the Capitol Building.

“The only hope for this country is God. It’s not Republicans or Democrats,” Graham said. “Only hope is God and if we as Christians don’t pray for God’s help, he may just let this country fail.”

The interview with Starnes was wide-ranging. They talked about President Trump’s Supreme Court pick after Ruth Bader Ginsburg‘s death. Starnes pointed out how Judge Amy Coney Barrett seems to have emerged as a frontrunner. Starnes said her faith has been targeted by anti-Christian bigotry.

Graham said he noticed the bigotry “growing” in both parties.

“There’s a group that wants to divorce themselves from God’s standards,” he said. “And they want to take God not only out of schools And government but every facet of life.”

Graham pointed to California and how Gov. Gavin Newsom, a Democrat, was accused of putting in place tough restrictions on churches in wake of the coronavirus pandemic that were widely criticized by faith leaders.