75% of Republicans Do Not Believe Biden Won 2020 Election: poll 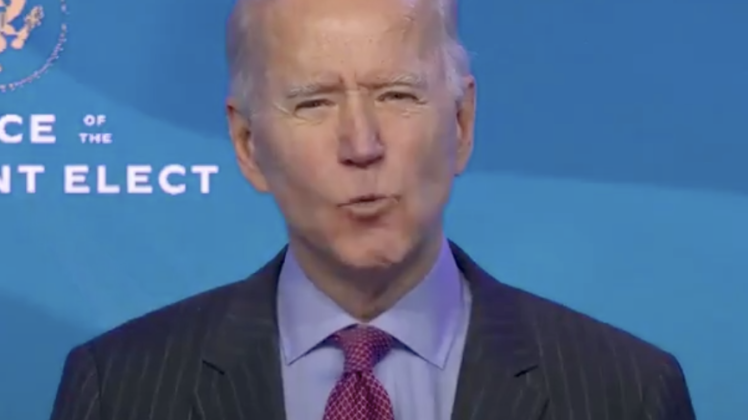 Despite the media’s push to portray anyone who questions Joe Biden’s 2020 victory as a fringe conspiracy theorist, a lot of Republicans are simply not buying it.

A CNN and SSRS poll released last weekend showed 75% of Republicans do not believe Biden won the election fairly. The poll showed that Democrats were much more convinced. Only about one percent of Democrats question in the poll questioned the results and about 36 percent of independents said we should take another look.

The doubt is likely tied to the fact that Biden struggled in the early primaries and even Democrats questioned whether a lifetime politician who was a major proponent of the war in Iraq and the 1994 Crime Bill could somehow win over voters who rejected him twice before.

Many Republicans say President Trump never got his day in court and the media and Democrats (and even establishment members of his own party) did their best to disregard claims of voter fraud and irregularities.

Those who publicly question the election result face expulsion from society. They risk their jobs and having their social media access stripped. Senators who sought to “challenge” the Electoral College result (which simply meant they wanted to investigate fraud claims once more) have faced a chorus of Democrats who tried to tie them to the rioters at the Capitol.

The CNN poll showed that 65% of Americans in general believe Biden won the election fairly. Of the respondents who said they do not belive Biden is the legitimate president, 73% said they believe there is solid evidence that there were irregularities and 22% just said they have a hunch.

The poll was conducted from Jan. 9-14, just days after the riot at the U.S. Capitol and questioned 1,003 respondents.

A Washington Post-ABC News poll found that only 49% of Americans believe Biden will make the correct decisions for the country. The Post pointed out that 61% of those polled believed President Obama would make the right decisions.