“Is There Something Wrong With Her?” Trump Wonders About Kamala Harris 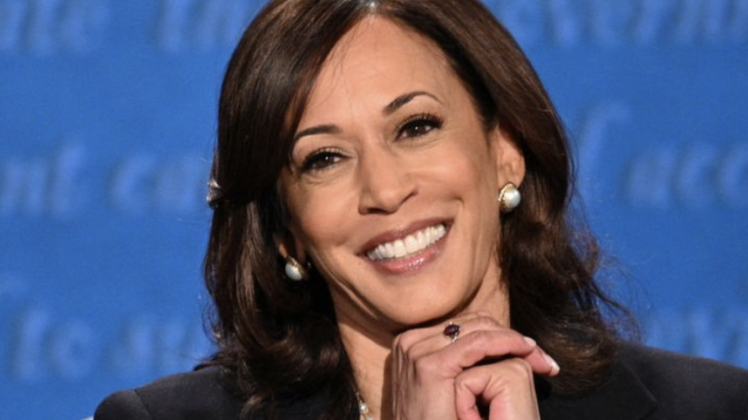 Sen. Kamala Harris, the running mate for Joe Biden in the 2020 presidential election, has been known to laugh uncontrollably during interviews over mundane questioning and attracted criticism from President Trump after another laughing fit during an appearance on “60 Minutes” on Sunday.

Norah O’Donnell, the reporter, asked Harris about being rated the most “liberal senator” in Washington during a recent poll and whether she would bring a “socialist or progressive perspective” to the Biden ticket. Trump and his supporters have said that Biden is just a figurehead and the Democrat from California will be calling the shots if the pair is elected.

O’Donnell told Harris that Biden doesn’t support some of her progressive policies and asked if she will bring those initiatives into a Biden White House.
“What I will do, which is what Joe wants me to do, is share my lived experience to any issue that we confront,” Harris said.

“Is that a socialist or progressive perspective?” O’Donnell asked.

Harris laughed uncontrollably over O’Donnell’s question and said, “No, no.”

“It is the perspective of — of a woman who grew up — a black child in America, who was also a prosecutor, who also has a mother who arrived here at the age of 19 from India. Who also, you know, l — likes hip-hop. Like, what do you wanna know?” she said, while still laughing.

The New York Post reported that Trump criticized Harris’ laughter and he asked himself if there is “something wrong with her, too?”

“Did you see [Democratic presidential candidate Joe Biden’s] performance on that show? The only thing almost as bad was Kamala, with the laugh. ‘Haha, that’s so funny. Hahaha.’ She kept laughing. I said, ‘Is there something wrong with her, too?’” Trump told a rally in Allentown, Pa., according to the paper.

Trump and his allies have questioned Biden’s mental acuity for being gaffe-prone. The former vice president, as recently as Sunday, appeared to mix up Trump for former President George W. Bush during a virtual “I will Vote” concert. Biden supporters said the Biden was addressing his interviewer, George Lopez.