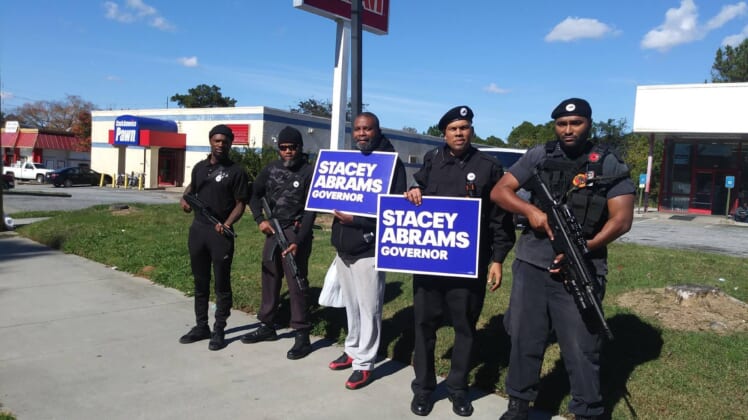 Georgia Republicans are demanding that Democrat Stacey Abrams immediately denounce the New Black Panthers for their attempts to intimidate voters.

“The Black Panthers are a radical hate group with a racist and anti-semitic agenda,” he said. “They are dangerous and encourage violence against our men and women in uniform.”

Ironically, Abrams wants to ban the very weapons that the Black Panthers were photographed holding.

“Stacey Abrams should immediately denounce the Black Panthers and their hateful record of racism,” Mahoney said. “She should stand against and condemn their attempts to intimidate hardworking Georgia voters just days before the election.”