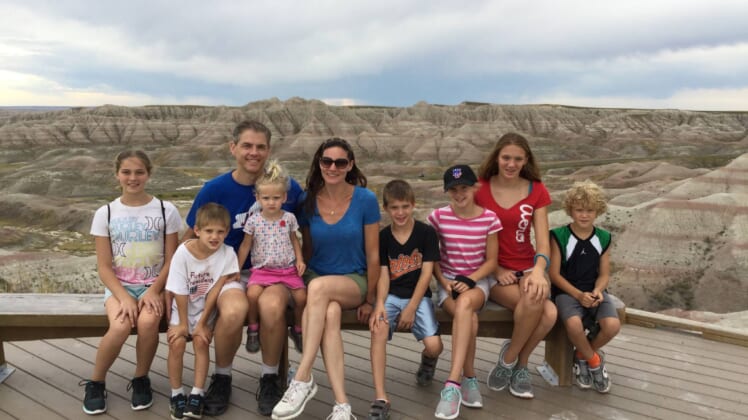 “It was pretty vile,” Webber said on the Todd Starnes Radio Show. “Our state police have the letter and will try to find the creep who did it.”

Webber, a state assemblyman who has the backing of President Trump, said the letter was mailed to his place of business.

“When somebody starts reminding me I have seven children and I better not win or else and throws in a slashed-up lawn sign to boot – it ticks you off,” he said.

Webber said his children are aware of the threats.

“They are vigilant. They are not walking to school alone. They are sticking together. Law enforcement has been great reassuring them,” he said. “I think the key for this is not to be intimidated.”

Webber placed some of the blame for the current political climate on the Mainstream Media — and heralded President Trump’s call for unity.

“They get a little vicious,” said – pointing out that reporters are becoming “increasingly partisan.”

“They choose a side there is no pretense of objectivity,” he said — explaining that biased journalists “help breed a culture of intolerance and viciousness.”

He also called for more civility in politics.

“There are lines you don’t cross and people have forgotten where those lines are,” he said. The country seems to be coming apart. It’s sad. It doesn’t have to be that way.”

We may be in a political tussle, but that doesn’t make us mortal enemies. We are all Americans. More from my conversation with @toddstarnes on @foxnewsradio. #NJ11 #WebberForCongress pic.twitter.com/p4uRIt3lVT