WHERE ARE THE PEOPLE? Biden-Harris Event in Phoenix Mocked Over Attendance 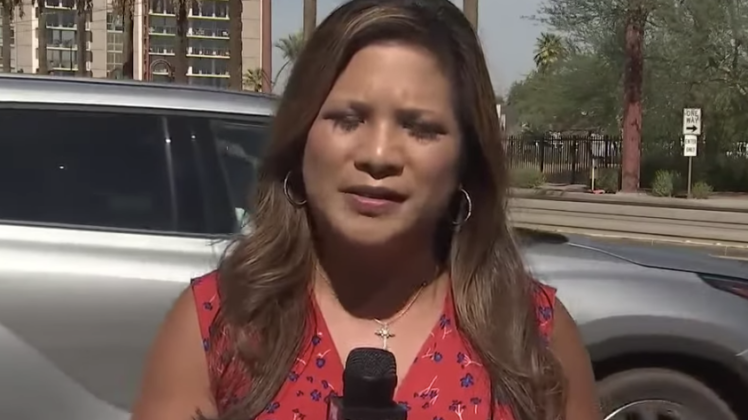 That’s the message that Joe Biden‘s campaign apparently wants the country to receive after last Friday’s event in Phoenix that was widely mocked online over its reported zero attendance.

A news report from outside Phoenix’s Heard Museum made the rounds on social media over the reporter’s description of the campaign event where Biden was joined by Sen. Kamala Harris, D-Calif. They were reportedly meeting with Native American leaders.

NANCE: ACB ‘TRIGGERED’ DEMS BECAUSE SHE IS A BRILLIANT JURST AND GUIDED BY FAITH

“There’s really not much to see. I’ll step out of the way, but it’s kinda boring out here. So, it’s not your typical presidential campaign event,” Nicole Garcia, a reporter for KSAZ said. “We don’t see people rallying outside, we don’t see signs or really much of what’s going on.”

Garcia reported that their motorcade arrived at the museum at about 1 p.m. and said there’s “not a lot of fanfare.” She reported that a local Biden staffer told her that information about the event was not released to the public and they were not seeking a huge turnout due to the pandemic. She said the only people she observed were Biden staffers and the pool reporter.

Garcia pointed out that it was the first time that the two campaigned together since the Democratic National Convention, and expressed surprise at the low level of interest by the public.

PolitiFact worked to downplay the significance of the report. It said the event was not a rally” and pointed to how the Biden campaign kept the meeting under wraps. But even with the explanation, one would probably be safe to assume that the possible future president would generate even a little interest after news reports emerged.

The New York Times reported last week that Biden has enjoyed a steady lead in the state and currently is up 49% to 41% over the president. The paper said 6% of the voters were undecided.

Chris Enloe, a writer at the Blaze, pointed out that when a candidate for president shows up in your city “just weeks before the election” droves of “supporters and protesters turn out.”

“But when Democratic presidential nominee Joe Biden and his running mate Sen. Kamala Harris stopped in Phoenix late last week, hardly anyone showed up,” he wrote.