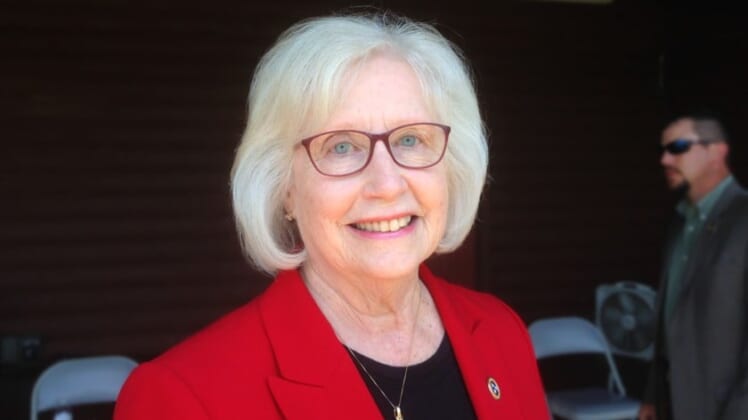 A prominent Republican leader in Tennessee was accosted at a traffic light after another motorist became offended by her Trump bumper sticker.

“We were stopped at a light and a gentleman next to me tooted his horn. He rolled his window down,” Beavers said on the radio program. “He took the chance to harass me a little bit.”

“He said, ‘Your president sucks,’” she recounted. “It took me aback. I said I’m proud of my president. I think he’s doing a great job.”

The unhinged motorist continued his drive-by political attack until Beavers had had enough.

“He just kept on and I said, ‘You know what, you’re talking to the chairman of the delegation for Tennessee that announced the vote for Trump.’ I rolled up my window and drove on,” she said.

The incident is particularly troubling in light of comments made by former Attorney General Eric Holder and former Secretary of State Hillary Clinton.

“You cannot be civil with a political party that wants to destroy what you stand for, what you care about,” failed presidential candidate Hillary Clinton told CNN’s Christiane Amanpour. “That’s why I believe, if we are fortunate enough to win back the House and or the Senate, that’s when civility can start again.”

And in Georgia, Holder told Democrats to “kick” Republicans.

Beavers told me she’s heard from people who are liberal afraid to put Trump bumper stickers on their cars or wear Trump shirts in public.

“With Hillary talking about how you can’t be civil with the GOP — is this going to continue and get worse,” she wondered.

Beavers said the leftwing motorist did not succeed in bullying or intimidating.

“It definitely does not work. Not with me. Everybody that knows me – knows that I tell them exactly what I think. I don’t care what they say. You’re going to know where my mind is by talking to me,” she said. “I would not back down from him, but I’m wasn’t going to listen to him any more either.”

Be civil, but not silent, patriots.