Student: Why the Hell Can’t I Wear a Trump Shirt? 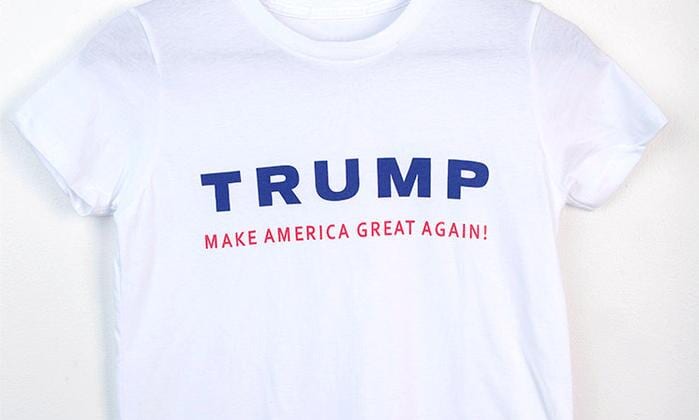 Ashton Hess has a simple question for the anti-Trump rent-a-mob: “Why the hell shouldn’t I be able to wear my Trump shirt?”

The 17-year-old from O’Fallon, Illinois was accosted last week by a pair of Trump-hating thugs during a family vacation to Seattle. He was targeted because he was wearing a “Make America Great Again” ball cap.

“We were waiting for an Uber when I was hit in the head,” he said Monday during an interview on the Todd Starnes Radio Show. “My hat was knocked on the ground and picked up by the girl you see at the beginning of the video.”

“Get the f*** out of this city,” one of the attackers screamed.

Ashton, who is active in conservative political causes, said teenage Trump supporters face quite a bit of bullying.

“Just going to school, you get a lot of dirty looks if you wear something like a Trump shirt or a GOP shirt. Everyone is just out to get you. It seems like it’s really just terrible, I can’t express what I believe. If someone wears an Obama hat or something along those lines, I don’t think they have to be scared of people giving them bad looks or assaulting them,” Hess said.