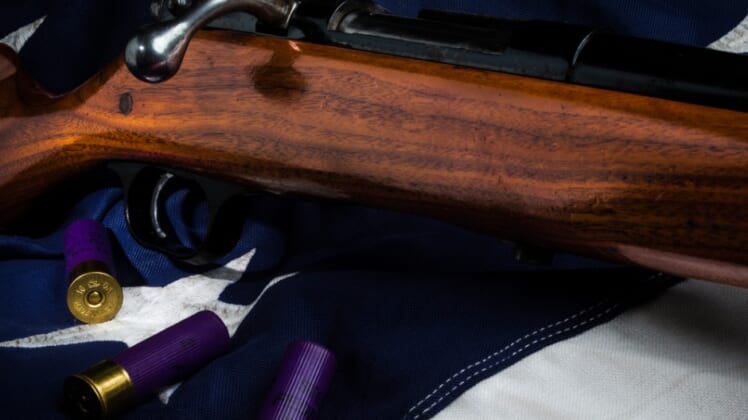 The Texas gun store owner who was robbed last week by armed men but managed to shoot one of them said in an interview that the robbers better not come back because he has “more ammo.”

Mike Brown, 77, who runs Mike’s Gun Room in Richardson, Texas, described a chaotic scene in his shop last Thursday at about 3 p.m. He told Fox 4 News that the group of men– who were wearing masks—entered his store under the guise of being shoppers.

TODD STARNES: GROWN ADULTS HAVE NO BUSINESS HAVING SEX WITH 14-YEAR-OLD BOYS– GAY OR STRAIGHT

The Marine and Vietnam veteran told the station that the men made it clear that their intention was to rob the place when one told him to get on the floor. He said that they robbed him while training guns at the back of his head.

He said that he pretended that he needed his heart medication due to heart trouble, and was able to get his personal firearm. By the time he got the gun, only one robber was still inside.

He fired a shot and hit the suspect in the shoulder who eventually fell to the ground and left behind by the crew. He was taken to the hospital with non-life-threatening injuries, according to CBS Dallas Fort-Worth. He is in custody.

OREGON HOMEOWNERS: YOU LOOT, WE SHOOT

The Bureau of Alcohol Tobacco, Firearms and Explosives released photos of the getaway car, a silver Chevy Malibu. The CBS report said thee is up to a $10,000 reward for information leading to the suspects’ capture.

There are some challenges in the investigation because the gun store reportedly did not have surveillance cameras inside the establishment.

The suspects were described as three black males who were wearing hoodies and face coverings. A total of 53 handguns were stolen.

Sara Able, a spokeswoman for ATF Dallas, said, “I would not say it’s very common during the day like the situation here.”